Vulnerability: What Are You Risking if You Don’t?

Over the past couple of years, the topic has of vulnerability has been an interesting subject for me on a more personal level. In the past year or two, I… Read more Vulnerability: What Are You Risking if You Don’t? →

As Brene’ Brown has stated in her text, the concept of vulnerability carries with it a heavy paradox for most people. It is the first thing we want to see… Read more Vulnerability: Expectations in Men → 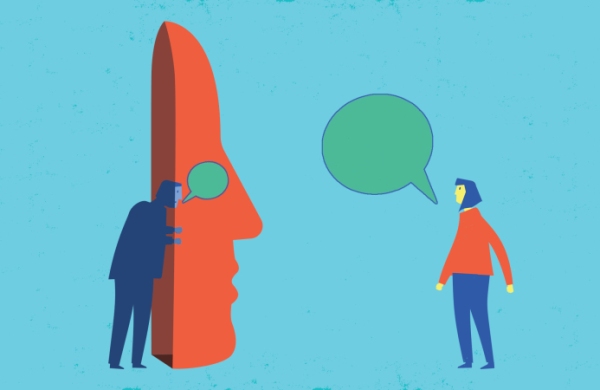 As I mentioned before, there are plenty of negative connotations tied to the idea of being vulnerable. In Brene’ Brown’s most notable Ted Talk, she discusses the power of vulnerability… Read more Vulnerability: Recognizing its Importance →

It’s Not That Serious: Thoughts on Being Single

I was sitting down for dinner with a couple of friends I hadn’t seen in a while. As we were catching up with each other, the subject shifted over into… Read more It’s Not That Serious: Thoughts on Being Single →

Breaking Barriers: Overcoming Social Anxiety and Putting Myself Out There

I wanted to be a social butterfly, but I was honestly more of a social moth. By nature, I’ve never really been a fan of people. I don’t want to… Read more Breaking Barriers: Overcoming Social Anxiety and Putting Myself Out There →

Women in Relationships: The One-Sided Pressure to “Make it Work”

I’ve touched a little bit on this topic on a previous post, but over the past few weeks I feel like this topic has been looming over my head. Even… Read more Women in Relationships: The One-Sided Pressure to “Make it Work” →

I’ve only stopped using this phrase recently. Very recently. Like maybe a month ago. I’ve believed a lot of lies about myself. Some of these lies came about through people… Read more “I’m Just a lot” and Other Lies that Gave me Poor Self-Image →

Dating can be confusing. And as someone with a more analytical personality, I’m not into that. Not too long ago, a friend of mine posted on her Instagram story regarding her… Read more Adventures in (Awkward) Dating →