I’ve only stopped using this phrase recently. Very recently. Like maybe a month ago.

I’ve believed a lot of lies about myself. Some of these lies came about through people around me, while others I conjured up myself without even realizing it.

When we think of someone with a poor self image, we tend to have a typical picture in our mind: Someone who slouches, who hides behind their hair, who speaks in a soft voice,  who cannot look you in the eye. In our minds, the person with a poor self-image is this wimpy, shriveled up existence of a person. But, in actuality, just about anyone can have a poor self-image. Reason being that a person’s self-image is shaped not just about how they view themselves, but how they believe they are perceived by others. The way a person reacts to social situations can be a reflection of their self image.

But, just like low self-esteem, having a poor self image definitely has it’s stigma. No one wants to be perceived as weak or insecure, especially in a society that thrives on the “pull-yourself-by-the-boot-straps-get-the-hell-over-it” mentality. But I wanted to share a moment of transparency for some of the lies that I had to overcome (and am in the process of overcoming).

I’ve never seen myself as authoritative; I’m not necessarily the type of person that can command attention when I walk into the room nor have I ever really desired that type of aura. Even though I don’t desire that type of attention, I really admire “influencers”. People who seem to befriend everyone they meet and whose very presence screams to everyone else: ‘You want to listen to me, you want to know what I know, and you want to be associated with me’.

Lies we tell ourselves happen subconsciously. We don’t even realize that we’re doing it, just like I didn’t realize I was always shutting myself up before anyone else had a chance to do it. My thought process was: ‘well, it looks like everyone really wants to listen to this person. This person has a lot more authority than I do, I’ll just sit back. I  can’t really match their credibility so I’ll just listen.’ At first, I thought I was just being ve 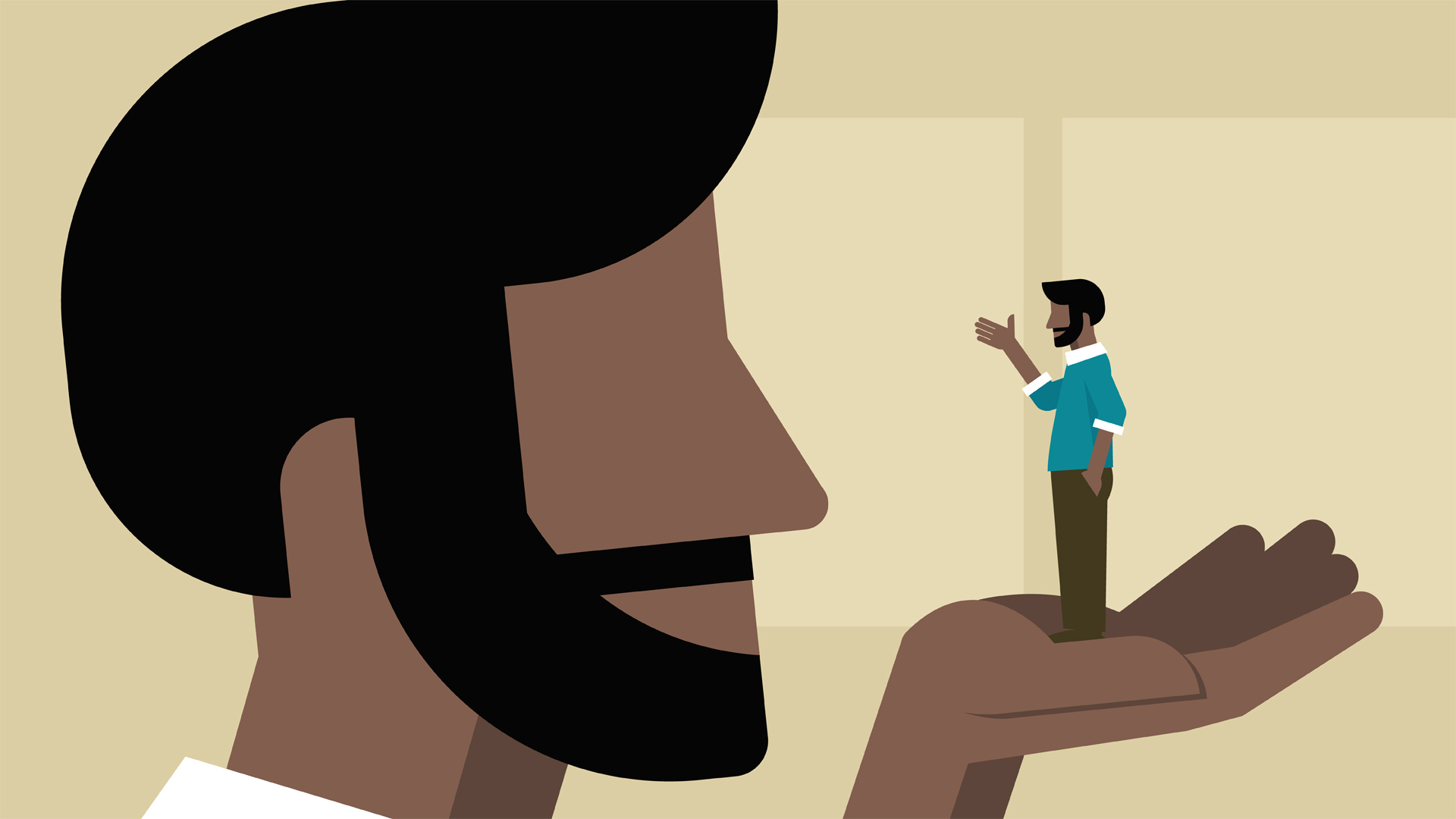 ry considerate to others. I understood that everyone wants the chance to be heard while simultaneously denying myself the chance to be heard. The mindset quickly shifted from “This person has way more important things to say and contribute” to “Even if I did have something to contribute, no one will want to listen to me”. I had convinced myself that because I lack a certain level of status or popularity (in whatever context) that my words and opinions just didn’t matter. I still think credibility and likability are still important when you want to become a person of influence, but it doesn’t necessarily mean that the rest of us can’t contribute to the conversation, whatever conversation that may be.

Even in the context of sharing this blog, I was pretty hesitant. Starting a blog was one thing, but actually sharing it with people was completely different. The same lie that I thought I had been rid of started popping in again: ‘Okay but who cares about what I have to say about anything? Who is even going to take interest in the stuff I want to write about? So many people run blogs that are bigger and more interesting, so why would anyone want to read mine?’ But the more I thought about it, the more I realized that the biggest reason I started doing this was to provide an outlet for myself. I keep a busy schedule and sometimes writing falls by the wayside because of the goals that I have set out for myself. While I would still love to have a huge audience, the end goal isn’t  attention. So would I really be hurt if no one wanted to look at my blog? Would it hurt me to at least give people the option of taking a look?

This is the mindset that I constantly had to have whenever that lie would try to show itself. There are people who value my opinion and input, there are people who don’t, and then there are people who are indifferent. Whether people want to hear me or not is completely their prerogative, but if I never put my ideas/opinions/perspective out there then how would I ever know? And–surprise,surprise–I did end up receiving positive feedback from people.

I get annoyed when someone tells me I “can’t” do something, especially if it’s something that I didn’t ask them about.

I’ve realized that the lies about myself told by other people are almost always given without hostile intent. Sometimes people just don’t realize what kind of effect their words may have on us. This type of mentality, the idea that we can’t do something because of a certain personality trait, is usually put upon us by someone close to us and at a very young age. Other times, it may come from our peers as we’re growing up.

As I was growing up in middle school and high school, aka the era in which I was the most self-conscious, I found that my peers had already made up their perception of me. They had given me a one-dimensional, throwaway character; a box that I would not stray away from, and if I did they would call me out on it. In fact, there are some things that I just didn’t bother trying to do because I was so convinced that it didn’t suit my personality or, better yet, did not fit in the character that everyone made me out to be.

“Raven is sooo shy….Raven is sooo quiet….Raven can’t do something like that’, she’d probably cry. Raven couldn’t do that sport, she’d probably just hurt herself. Raven could probably win this; all she has to do is bore her opponent to death”. And that was my character: Bookworm Raven, Boring Raven, Quiet Raven, Shy Raven, Nonathletic Raven,  ‘White’ Raven, Awkward Weird Voice Raven (I actually acknowledge I have a funny-sounding voice, but I don’t care about that as much as I used to).

Or so I thought. 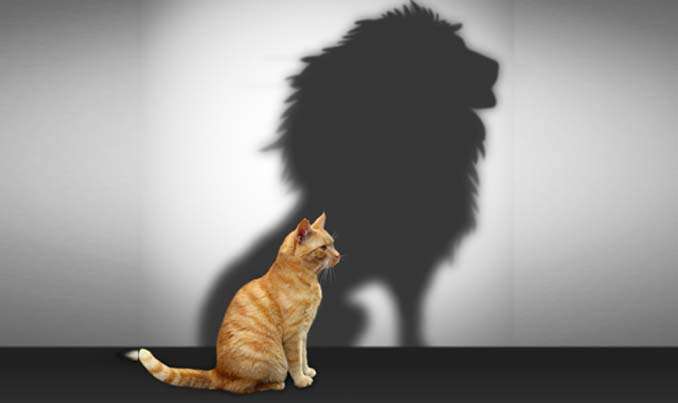 had an extensive conversation with me before. Even though a lot of them were my peers all the way back from kindergarten, a lot of them didn’t really know me. That’s why certain aspects of my personality would take people by surprise, to them I was ‘out of character’ but really I was being myself. People had to sit down and realize that I wasn’t shy, I was just introverted. I wasn’t quiet, I just only talk extensively about subjects that matter to me. I have excellent taste in music, I love singing, I’m a great storyteller, and I’m actually really funny sometimes.

Other times that lie can be more innocent, just someone looking out for you and has your best interest at heart. I’ve heard it said before that parents are the number one dream killers. A lot of times it’s not because they don’t believe in you, but they fear for you. They fear for your stability and would rather you heir on the side of safety.  I’ve met too many people who pursued degrees they didn’t want, careers of which they have no interest, because they were scared out of their dream. If you’re anything like me, you carry a lot of importance in your parents’ opinion and what they think of you. Some people grow out of that, while some of us are slower to move on from that. Some people, full grown adults, still make their decisions based on what they think will make their parents happy. I’m all about making my parents happy and seeing them be proud of me, but as I grew older I had to realize that I am my own person and I can’t be dependent on their approval for every little thing I do.

Maybe people have their own versions of what it means to be “a lot”. But for me, I regarded it as being a lot to handle, a lot to deal with, a lot to tolerate. There’s a big problem with this mindset. Thinking this way was a result of me internalizing past encounters, magnifying my flaws, and downplaying my strengths.

You talk too much – So I only talked when someone spoke to me first.

You sound funny / You talk ‘White’ – I trained myself to speak in a lower register to hide my voice.

No offense, you’re just kind of awkward looking – I will dodge photos that are not selfies with a quickness. If you take my picture without my permission I take major offense.

LOL It’s like you’re all hips and no ass – I strayed away from full-body photos.

You worry too much, just chill – I stopped talking about my worries with people.

You’re so annoying – I stopped reaching out to people.

So….reading, writing, and anime? Don’t you do anything fun? – I stopped discussing my interests and made desperate attempts to seem “interesting”.

In the past, I did deal with more than what was necessary in regard to both “friendships” and relationships. That’s  because people with poor self images will stick by their oppressors because they feel as if that is what they deserve. Here was my thought process: Wow, this person is willing to deal with me despite me being an annoying,

The fact of the matter: I viewed myself as a person that had to be tolerated or dealt with. But people are not meant to be that way. We are meant to be loved, respected, and valued.

Not too long ago I received a voice message from a close friend and mentor in response to a message I sent her regarding my future goals. In that message, I admitted to her that when I’m frustrated, my Positive Mental Attitude tends to leave me. She asked me:

Raven, is what you say about you the same as what God says about you?

The thing about maintaining a good self image is that it should be a constant. I don’t necessarily think we could be fully “cured” of these negative thoughts that cause us to fall into this mindset. It’s not something that will just go away. I know for me it’s something that I have to intentionally and constantly work on. When I do find myself caught up in these thoughts, I keep that question in mind.

I don’t know if this is something that people around me can relate to. But I do hope that if you are encountering any lies about yourself, whether they were created by you or someone else, that you are working to battle them with truth.