G.Soul is an R&B artist who is relatively new to the mainstream scene but no one can say he hasn’t been perfecting his craft. He officially debuted in the music industry in South Korea in January 2015….after training for 15 years.

I won’t go deep into the concept of Kpop artists and the training process, but essentially before he was signed to his current label H1GHR Music he was under JYP Entertainment or, more specifically, a subsidiary of JYP Entertainment called Studio J. JYP Entertainment operates as a record label, talent agency, music production company, event management and concert production company; it is one of the largest entertainment companies in South Korea. It is the former home of acts such as Wonder Girls and San E, and the current home of acts such as Twice and Got7. G.Soul was training under JYPE from 2000 up until his leave at 2015, not too long after his debut EP “Coming Home”. He sites that he “wanted to try working in a new environment and new people”.

G.Soul doesn’t seem to harbor harsh feelings towards his former agency, however. According to him, he says that through the experience he learned to be patient and learned that the work he is doing requires a high level of consistency. Ironically, the CEO of H1GHR Music is Jay Park, who was also formerly signed under JYPE as the leader of boy band 2pm.

I truly love G.Soul’s style. I find that his take on the R&B Genre is very “pure” in a way that I don’t feel it is heavily manufactured. By that, I simply mean that for Kpop artists, or those training to become one, it is very easy to fall into the trap of your style becoming heavily taught and formulaic. G.Soul’s vocal style can be sweet and soft as heard in the track “Bad Habit”, but it can also become powerful and emotionally driven like in “Circles”, the title-track of his EP of the same name released in September of 2017.

In this article, G.Soul talks about the fact that every song he wrote for the EP was created and recorded while he was under the influence of alcohol. He states that “Circles” is an album he found to be honest and personal as it is a reflection of his deep thoughts and emotions. While he has plenty of other tracks to choose from, I think my top recommendation if you were to get into G. Soul’s music is to start with “Circles”; as he said himself, it is a deeply personal project that would allow you to get a better idea of who he is both as an artist and vocalist.

Take a look at the links below to check out some of the singles that I favor! 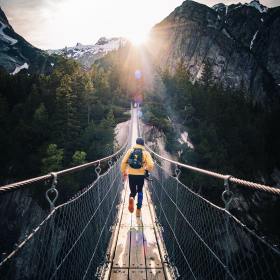