“Thank you for your interest in this position. However, we have decided…”

“I think we would be better off as friends…”

“We regret to inform you that…”

“Sorry, but I can’t really support your business..”

Rejection comes in many forms. Maybe you were turned down for your dream job. Maybe you started your own company and service but you’re struggling to build a customer base. Maybe you finally put yourself out there, mustered up the courage to ask out someone you’re really into but they don’t reciprocate your feelings. In either case, there’s always a sting. While we all may not respond in dramatic theatrics in our rejection stories, I rarely come across anyone who is completely numb to it.

I like to think of myself as an expert in handling Rejection (maybe because I’ve pretty much been through all of the above quotes). But this hasn’t always been the case. I used to avoid rejection and failure like a broke millennial avoids checking their bank account. The saying is “If at first you don’t succeed: try, try again”. My saying was “If at first you don’t succeed, let’s just move on to something else because this is stupid”. Rather than trying to nurture and cultivate a skill, I went with whatever seemed like a natural talent. I only went after things that I already felt I could achieve with relative ease and little embarrassment. While I’m pretty exceptional at some of those “natural talents” because I had no reason to fear nurturing them, I also remained mediocre or terrible at the things I feared (i.e. Math, athletics, etc).

My first real taste of rejection and heart-wrenching failure came when I lost my very first job after college…less than a year after starting. What’s funny is that I absolutely hated that job. All of my time and energy was going toward that job to the point where I didn’t really have much time for anything else. When I wasn’t in the office, I was working with a company laptop at home. Every few minutes I would check my phone to make sure I wasn’t missing an important email. Every night I spent working on proposal edits for hours on end, trying to prepare for the next big proposal review. As a member of the writing team I was at the “bottom of the pecking order” so to speak. Everyone except for my team was allowed to be unaccountable, allowed to turn in reviews late, allowed to give vague feedback and harsh reviews with no suggestions for improvement. But I’m not a quitter right? I’m not going to lay down and admit defeat, right? I can do all things through Christ who gives me strength, right?

After months of sacrificing sleep, proper eating habits, and my own mental health, I was let go from my company. Thankfully, it wasn’t because I didn’t do the work. They acknowledged how well I did with research and all that jazz. But when a company wants to make staff changes, they’re gonna make staff changes. But it didn’t matter. I was already in my own head: What did I do wrong? What more could I have done? I worked and prayed so hard, why didn’t it work out? What am I going to tell my parents? What if I really can’t be on my own? What if I’m not cut out for anything?

I was experiencing so many different negative thoughts. I was taking the situation entirely too personally. In my mind it wasn’t just losing a job. It was: “I tried my absolute hardest but it wasn’t good enough. I’m not good enough”

What Failure Is (And What it Isn’t)

John C. Maxwell* defines failure as a process. Not a single event, not a percentage, but an unavoidable process each and every one of us must go through in order to achieve our dreams and goals. So if we want to succeed in anything, we need to be prepared to fail. The problem with most of us, however, is that we have not been taught to be prepared for failure. And when you’re not prepared to deal with the idea of failing at something, the typical result is doubt, fear, and depression.
Failure is Unavoidable – If you’re human, you’re going to make mistakes. Do you know how little would get done if everyone decided that they would only do the things in which they felt confident? If everyone thought it would be better to just ‘stay in their lane’ and never try anything new? We would just be living in a very dull, non-innovative society! And so many more people would be bad at math! When we “fail”, we have an opportunity to learn. When we learn, we then have the opportunity to change. When we change, we then set ourselves up to grow. But it all starts with failing.
Failure is Not an Event – In order to process failure in a healthy manner, we need to understand that failure is a passing through point. As stated earlier, failure is a process. In other words, there has to be a step afterwards. Let’s say I’m doing my makeup and I go wayyyy to heavy with my eyeliner on my right eye. I ‘failed’ to do my makeup properly, so what do you think is the next step? Do you think I just say “Welp, what’s done is done, I’m gonna walk out the house looking like Uncle Ruckus*!” Nah. I get my eye makeup remover and I do it over again. It’s the same thing with anything else. You may experience a “fail” but there has to be a step right after that. The story doesn’t end at the failing point.

I won’t get into too much detail because I’m no John Maxwell; he covers this very topic in his book Failing Forward, which I highly recommend.

If Failure Has to Happen, Why Does it Still Hurt?

Because we’re human! It took me a long time to realize this, and maybe it is the same for others: It’s not a sign of “maturity” or “professionalism” to be emotionally untouched by failure and rejection. This isn’t to say that we should get all Telenovella about it, but we’re not robots; we’re gonna feel it. It’s okay to feel sad about it, but the problem is when we dwell no that feeling and let it consume us. It’s not so much about how you feel about, so much as how you react. Rejection hurts. Feeling like a failure hurts. But why?

I would say that it hurts because we are in a state of vulnerability, especially in a social or romantic aspect. Our natural reaction when we receive rejection is to make it personal and make it about ourselves. It makes us question our own talents and abilities, our attractiveness, our self worth. When we stay in this mindset we create a breeding ground for self doubt.

Failure is only scary because we’re not prepared to handle it. Sometimes that has to do with our upbringing; a parent never wants to see their child downtrodden or discouraged. But a counter productive approach to that is to basically have your kid avoid anything that could lead to failing. Their feelings may be saved now, but years later he or she won’t know how to handle losing a game, receiving a bad grade, a rejection from their crush, etc. And it will hit them pretty hard. Think about when a baby is learning to walk. She stumbles a bit and then plops pretty hard onto the ground. Wouldn’t it be better to just let out a silly “whoops!” then fuss over a small bruise? If she sees you react nonchalantly then she can think to herself “Oh, what a silly mistake. Let me try that again”. But if she sees you fuss and worry, she’s going to mirror that attitude and feel as if trying again will only lead to another bruise.

But keep in mind that being prepared for failure isn’t the same as being negative or expecting bad things to happen to you. You can still keep your positive mental attitude and good expectations, but just understand that if a setback arises you’re going to have to be proactive in dealing with it and seeking a solution. That’s how we grow and change.

We Have to Fail in order to Learn

The point: Failure is an unavoidable process that one must go through in order to find success. It is a process that allows us the opportunity to learn lessons we probably wouldn’t have learned with teaching and mentorship alone. Failure allows us experiences that will help us not only better ourselves but also spread positive influence to those around us.

Think of J.K. Rowling; her manuscript of what we now know as the Harry Potter series didn’t sit well with publishers. The book was rejected by 12 different publishing houses. During the seven years after she cultivated the idea and began writing the book she was living out of her car, she had her first child, she went through a divorce, she went through the death of her mother, she suffered through major depression.

But she understood that her story didn’t end with her failures. J.K. Rowling is now considered one of the wealthiest people in the world. She created the best selling series of all time. Her book created a culture acknowledged across the globe; you can step into just about any country and mention ‘Harry Potter’ and they’ll likely know what you’re talking about. People she has never met before point to her as their inspiration. Imagine if she didn’t keep going. Imagine if she continued to see failure and rejection as an event, as a road block, instead of a process we all need to go through in order to get to where we want to be.

The most important thing I’ve learned, however, is this:

True failure is not when you don’t achieve something, it’s when you give up.

Please don’t let rejection or failure keep you from creating the impact God wants you to make. Someone you may have never even met is depending on you to succeed. 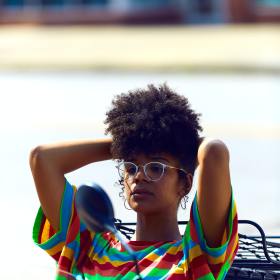 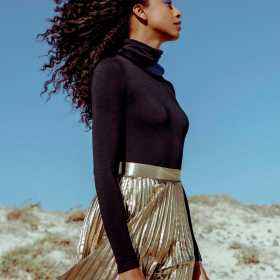